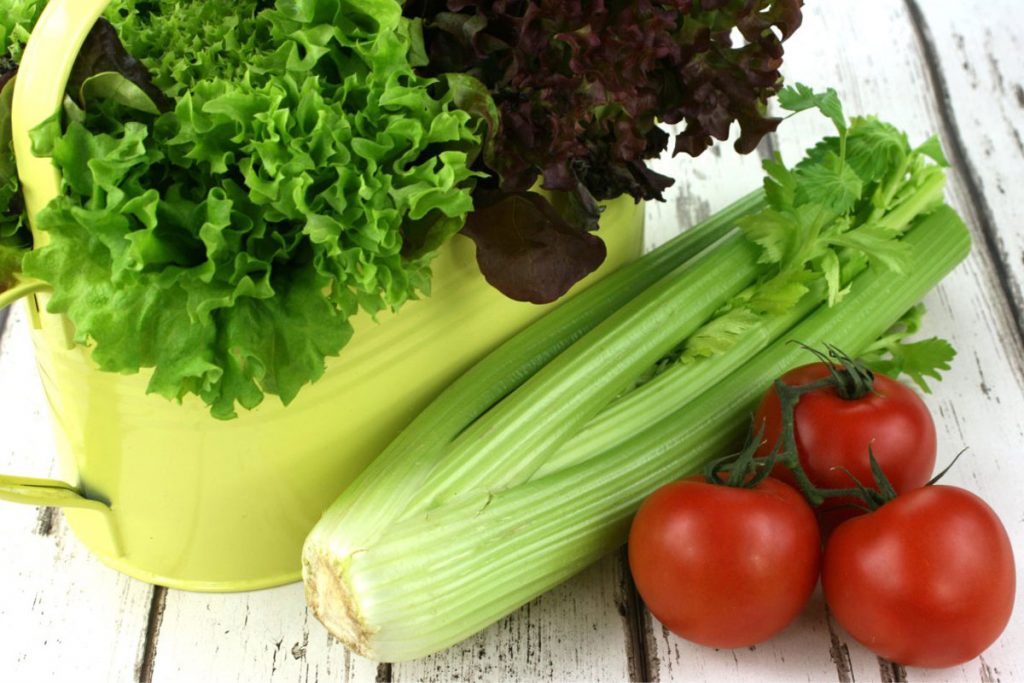 Many of us know celery best as the things left on the crudite platter when the carrots, red peppers, and cherry tomatoes are gone. Or the bite in an immune-boosting cold-weather soup. Or the perfect vehicle for peanut butter and raisins. But what are some celery health benefits? Is it healthy enough to include as a regular part of your diet? And if so, what are some delicious and creative ways to prepare and eat it?
The Popularity of Celery

Celery belongs to a family known as the “umbellifers.” Some members of this family, like carrots and parsnips, are well known and delicious root vegetables. Other members include some of our favorite spices, including coriander, cumin, caraway, dill, and parsley. And there are even a tiny few, like hemlock, that can be poisonous.

Celery has been around for a long time and is native to the Mediterranean and the Middle East. There’s evidence that humans were moving celery seeds all over the globe way back in 4,000 B.C., finding its way to Switzerland and elsewhere. It’s had a lot of uses throughout history, too. Celery and celery seed extract has been used medicinally for centuries in China, India, Egypt, and Rome for things like gout, arthritis, and pain relief.

Most of us are familiar with the common stalk celery known as green or Pascal celery. But did you know that it didn’t always look this way? Until the 17th century, celery had a much more bitter taste and was hollow inside. The Italians developed the sweeter, milder green stalk celery that we know today,

While we’re much more familiar with the parts of this vegetable that grow above ground, the root is also a delicious and valued food source. Known as celeriac (and nicknamed, uncharitably, “the ugly root”), the underground part of the celery plant adds body and flavor to many winter soups and stews.